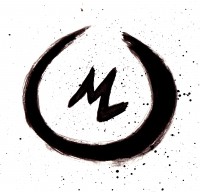 A while ago I was walking around in South Bank, Melbourne and came across some artwork that really blew me away. The first drawing that stood out to me, one that I purchased and have hanging on my wall, was a drawing of a whale. As you look closer, there are fish, sharks, crabs and an abundance of marine life composed into one big gentle creature. I fell in love with the piece because of what it represented to me. We share a similar understanding and appreciation for the ocean and its fragile ecosystem and so I sat down with Martin to discuss more about his art piece. In 2013, Martin started working on an Australian prawn trawler as a deckhand for five weeks in Darwin. This is his story:

–“We headed to Western Australia, where I was able to see different types of whales following our boat, jumping around and waving their fins. We followed the coastline and didn’t work for the first three days out at sea until we came upon a bay. The skipper knew of some good fishing around this area. The first time we pulled up the net, I felt like I was in another world, so many different creatures! It felt great to see all of the exotic animals but then I came to realize more and more what we were doing to the ocean. We let down two giant nets to drag along the bottom of the ocean for hours. Each net could carry more than a ton of animals. The nets had a small gap where the bigger animals could escape and after three hours or so we brought the net back on board and opened them over a funnel. First I had to throw out the big animals. Most of them were meter long sharks, sea snakes and stingrays. Then we would start to select the prawns. We had to be very careful because of all the poisonous and spiky creatures that were caught in the net as well, such as stonefish or lionfish, they went straight back into the ocean. Most of the animals that were thrown back were close to dead. I personally thought the pressure of the net for three hours would be too much for any of them to survive. By the end of these five weeks of fishing, we had 11 tones of prawns and 44 tones of bycatch.” —

— “When I started painting the whales I used my experience from the fishing boat. My intention was to show that when we take out so many other species from the ocean, eventually there will be no whales left. All of this is in some way connected. I chose to paint the Humpback whale, because it’s a wonderful living thing, with a giant body and a fascinating behavior. Another reason is that people have more appreciation for the huge creatures of the world than for the other living things in our oceans.” —

I completely felt consumed by this art piece because of what it represented. A graciously big animal roaming the oceans, gentle and powerful, it’s beauty so respected. Inside of the whale, Martin drew smaller fish, sharks, and nets amongst other things. People’s perception of beauty these days can be warped and I feel that this drawing portrays everything that is wrong with society and how some people can view things. The drawing clearly illustrates the ugliness that lies behind something so beautiful. I think we all filter out the awful we don’t want to see and hide behind the alluring. We walk around with blinders on and choose to see only what we want and not what is really there. Martin depicts the truth in his artwork and I hold great respect for his determination to change peoples’ views of the problems that exist in this world.

To support Martin or simply just to see his artwork, visit his website at http://www.martinleipziger.de/

This site uses Akismet to reduce spam. Learn how your comment data is processed.